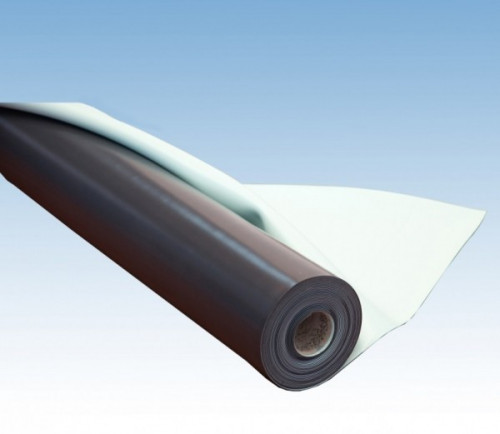 FLAGON BSL membranes are non-reinforced, two-coloured, synthetic PVC-P membranes made by co-extrusion used as a waterproofing layer in civil engineering and building structures. FLAGON BSL is highly resistant to attack by micro-organisms and perforation by roots. It has a different colour on each side. Including a coloured thin layer on the visible face of the membrane allowing for a quick visual check-up for probable damages during installation. This layer is called the "signal to layer”. The upper surface (light green), which accounts for less than 20% of the total thickness, forms the "signal layer".